It was a great day for football at Woodside with the sun shining and the place buzzing with activity from many teams playing at home. Woodside's U15's were anticipating a wonderful challenging game today playing ladder leaders Hahndorf - currently unbeaten in the competition.

As expected the game proved very competitive from both teams and very tense for spectators on the sidelines! Woodside made a strong start playing some good football.  They were first to score and were ahead by 3-0 at half time. Against some opponents that score may have been enough to win the game; against Hahndorf though Woodside was always under pressure.

A strong Hahndorf team returned from the half time talk, ready to play, and ready to win.  They scored once, then again, to really put the pressure on the Woodside players. Digging deep the Woodside team maintained their pressure in defence and their push forward in attack and eventually managed to add one more goal to their tally.  Not to give up though, Hahndorf continued their attack and slotted another one in, keeping themselves well in the game.

Ultimately, game time came to a close with Woodside in front by just a single goal.  It was a great game to watch and will be a high pressure tussle again the next time these two teams meet. Congratulations to both teams on a game well played! 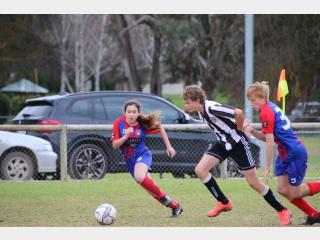 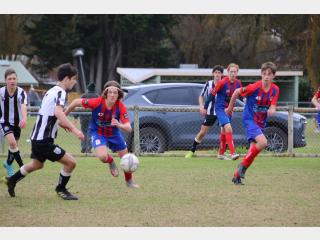 Woodside player Asher Gaff (left) on attack for the ball 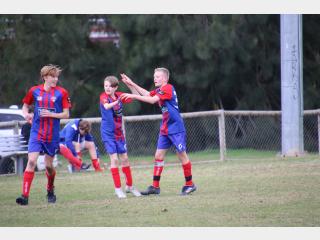 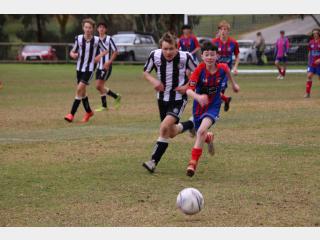 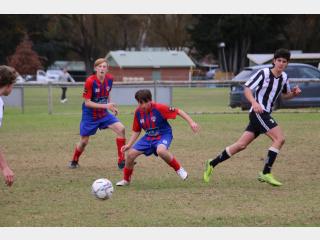 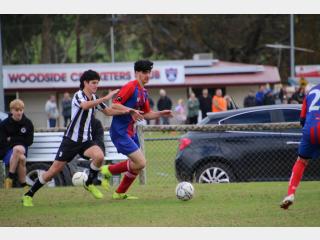