This weekend it was finally time for Australians to make a huge decision after months of prevaricating: a decision between red and blue; between rich and a bit less rich; between the all-conquering incumbents and the underdogs trying to unseat them from their position of dominance over the last decade; between tiki-taka and gegenpressing. Indeed, football fans, it was time to make up your mind if you wanted Manchester City or Liverpool to win the English Premier League.

Back here at home, our U10 Blues had their own dominant team to try and unseat in this week’s home game against Stirling Districts U10: a tough team to get a result from even on the best of days, and based on past encounters this was always going to be a bit of a challenge. However, like Jurgen Klopp’s Liverpool, the challenge was what spurred Woodside on and the first half started very evenly with chances at both ends but neither team finding an opening. That changed abruptly about ten minutes into the match with Leo Tucker, in a purple patch of form, opening the scoring for Woodside. Stirling then brought the game back to Woodside and levelled with a well-taken corner that caused chaos in the Woodside box. Stirling struck again shortly afterwards but the Warriors showed they had plenty of character, drawing level through Leo’s second of the game and the teams remained equal at half time.

The second half opened brightly for our Blues, with several chances coming our way: both Noah Peach and Theo Nicholson were unlucky after breaking free only to see their shots scream past the post. The continual searching for an opening paid off for Woodside and it was Tyler Berwick who swung the match back in the Blues’ favour with a shot across the face of goal and past the keeper from the right-hand side of the box. Soon after this point, however, the depth of the Stirling bench and Woodside’s tiring legs began to show, and the Blues’ game became all about defending. Amelia Wakefield, who made some awesome saving tackles last week, showed her strength as a defensive player once again, winning nearly every challenge she went into, and this week’s captain and second half goalkeeper Charlotte Cosgriff handily tidied-up most of the balls that made their way through to the keeper. Sadly, these efforts weren’t quite enough and Stirling found a trio of openings to lead the game by full time.

By the time you read this all the results will be known, the victor will be crowned, and the rest will have to lick their wounds and try again. For our Blues, this was their best effort yet against the dominance of Stirling Districts and the only real difference between the two teams was the three pairs of fresh legs that Stirling had on their bench. Although the results haven’t quite gone our way so far this season, there is a lot to be optimistic about: in particular that our Blues have scored and held a lead in all of our matches so far. We didn’t quite end Stirling districts dominance, but we did show that our Blues are tough to beat and with a little organisation and a player or two on the bench could even be a force to be reckoned with this season. Let’s see what happens against Torrens Valley next week. And, if you’re asking, it’s Liverpool for me. 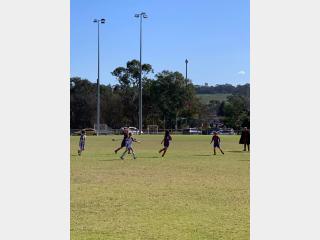 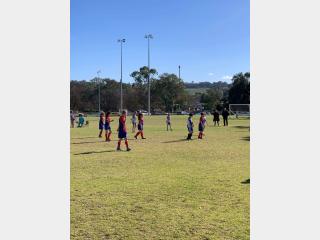 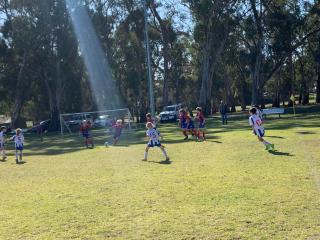 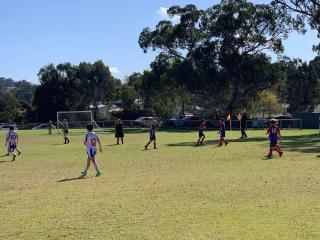 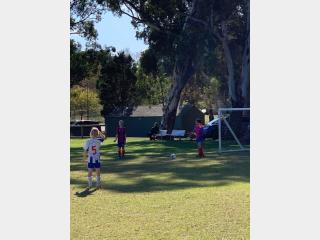