WWSC vs Stirling District FC on a clean and dry field in Bradbury on a beautiful Saturday morning. It was an exciting game to watch and cheer the boys on as they worked hard together on the pitch. Once again, spectators witnessed fabulous kicks on passing and interceptions of the ball. There were tireless efforts attempting to bring the ball down the field for a successful score. Both teams intercepted various attempts.  Our team supported some excellent passing which help to set up some successful scores from Quinn Klein. The goalies, Logan Bridge and Joshua Clifford at different times, were able to stop some attempts of the opposition. Excellent team passing amid fancy footwork was shown from many of the boys.  Our team showed more teamwork in the game by working together to intercept and bring the ball down toward the opposing team’s goals. Also, there were some strong kicks seen from Bastian French and Justin Smith in the game.  Arlo Areamkaew, Elliot Stewart, Samuel Clifford and Josiah Ambrose manned the field well by working together.  Well done boys! 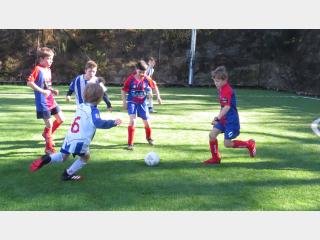 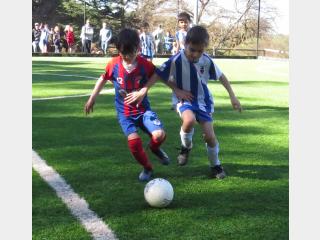 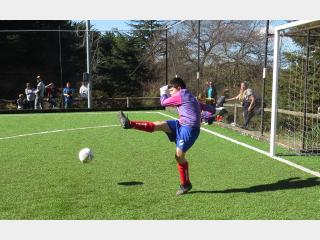 WWSC player, JOSHUA CLIFFORD, give a strong goalie kick in the second half of the game.
Photographer: C CLIFFORD 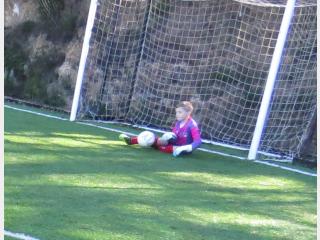 WWSC player, LOGAN BRIDGE, as goalie in the first half of the game, stops the attack made by the opposing team.
Photographer: C CLIFFORD 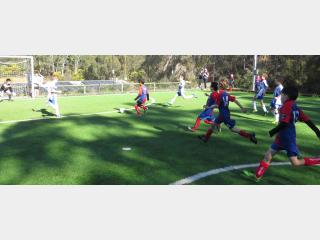 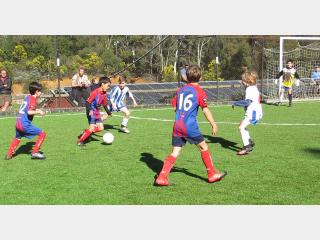 WWSC players, ELLIOT STEWART, JUSTIN SMITH AND QUINN KLEIN, work together to attempt to get a goal.
Photographer: C CLIFFORD