Woodside’s U17 Blue team headed to the Summit for this week’s match against Blackwood.  With school holidays just coming to a close and a number of players still on holidays they were heading out under-manned with just nine of their own players, plus one filling in from the U15’s.  However, Blackwood was in a similar situation with just ten players for the match as well.

For a mid-winter game the sun was surprisingly bright and conditions were ideal for a great game of football.

With the coach also on holidays players were taking instruction from the team manager for this match – initial guidance was to control the ball, find the passes and conserve energy… it would be a long game for them!

Both teams started well, with the ball moving smoothly on the Summit’s artificial pitch.  It was Woodside that made the first break-through with a goal at the 10 minute mark of the game.  This was followed shortly after by a second from a good strike from the Woodside forward.

At this point Blackwood’s defenders stepped it up a level and put the pressure back onto Woodside, making some excellent intercepts and keeping the pressure on the strikers, which led to multiple missed opportunities.  Blackwood also had opportunities of their own during the half that kept the Woodside keeper in the game and under pressure, but he ultimately kept a clean sheet for the half.  By half time all players were in need of a break!  Score was 2-0.

Heading out for the second half, tired legs were starting to show, with some loose play, however a couple of minutes in saw a third goal for Woodside with a long shot from the left mid-fielder. A surprise goal when the ball flew just under the cross bar, straight through the net and bounced outside of the goal, which had everyone questioning what they had seen.

As the game went on, legs were tired on both teams.  Woodside added a couple more to their tally and Blackwood also scored a well-deserved goal making the most of Woodside’s defender being out of position and an excellent run from their attackers.

Overall a great, but tiring game of football for all players.  Woodside’s team manager was pleased with the independent leadership the players demonstrated for this match; supporting and encouraging each other throughout the game. Well done team! 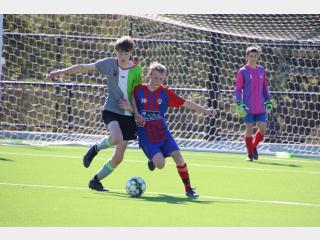 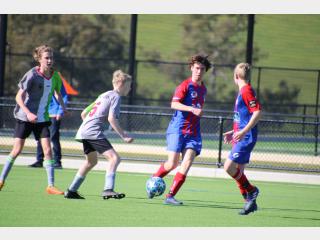 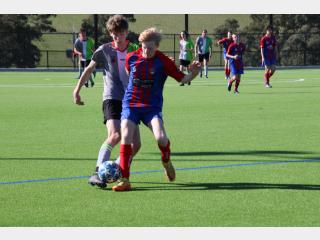 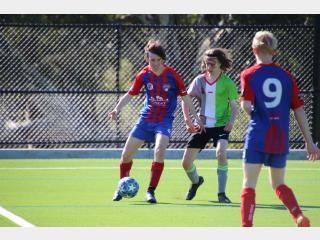 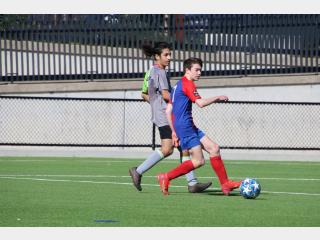 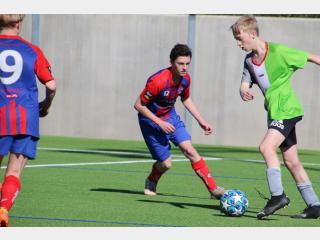