The sun shone and a rainbow appeared for the opening of the girls game with Woodside up against Stirling Districts in the U17 girls competition.

Both teams had a strong start to the game.  Stirling Districts scored the first goal of the game with a well-placed pass to the front and a run on that made it a one-on-one with the keeper.  The composed forward placed the ball well; just outside the reach of the Woodside keeper.  It wasn't long before Woodside responded with a goal of their own from a well-placed corner kick that was headed into the back of the net.

The competitve game continued, but the strength of the top of the table Stirling Districts team shone and they managed to slot a few more goals home.  The Woodside girls fought to the end, but were unable to convert a few opportunities of their own.  The final score perhaps didn't reflect the competitive nature of the game.

Congratulations once again to all the girls on a game well played, in fun and good spirit. 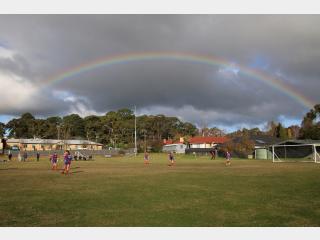 A rainbow across the pitch 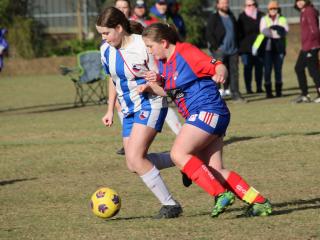 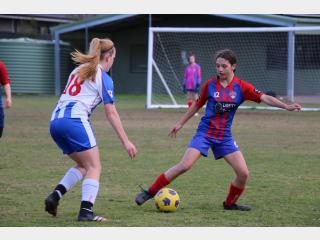 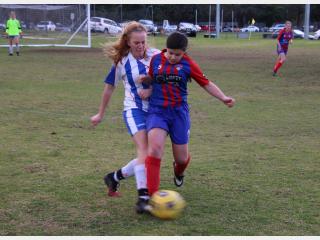 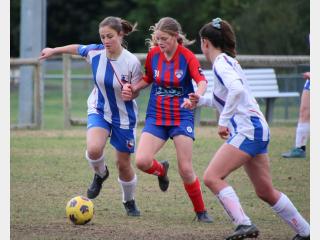