Slightly breezy but mild conditions brought a lively start to the game with Stirling mounting many attacks particularly through Ruby Tully, Flossie Baker, Zora Huang and Auriana Healy. Strathalbyn defence held firm however and was able to shield their keeper from too much pressure – thwarting most forays around the edge of the 18-yard box. Strathalbyn in return mounted several good attacks but strong defence from Isabelle Bailes and Evie Reid combined with good keeping from Zoe York never saw the Stirling side too troubled.

The second half saw the Stirling side running with the breeze and it was not long before their persistent attacks were rewarded through a goal to Evie Reid. Shortly afterwards an unfortunate hand ball on the edge of the 18-yard box gave Strathalbyn a penalty which was very ably taken by Bethany North, leaving Stirling keeper En Ueda with no chance, to bring the game back to 1-1. There after the game continued very much like the first half with some notable attacks down the left wing by Eviemae Kaines rattling the Strathalbyn goal posts several times. Strathalbyn returned fire but again Stirling were up to the task leading to a draw at the final whistle.
Your name here? Click here to learn more about our sponsorship opportunities. 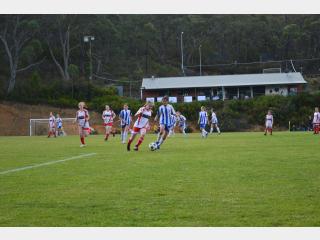 Zora Huang contesting to ball early in the first half 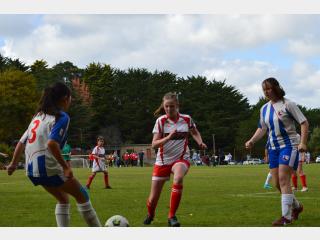 En Ueda and Ruby Tully combining to control the play 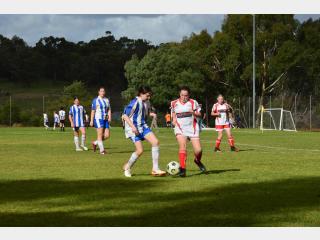 Amber Abrahams challenging for the ball. 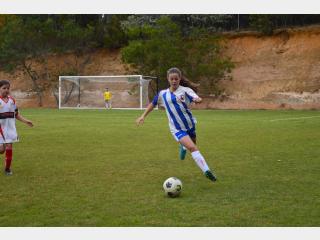 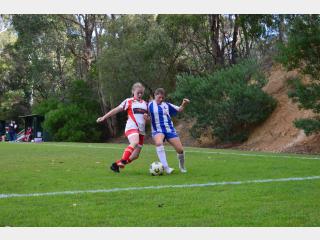