There was a feeling that this going to be our first wet weather game for the season. That feeling did not disappoint as the rain was inching nearer and nearer as the game progressed.
Woodside started the game alert and ready to go with their defenders blocking shots and making tackles and the goalkeeper making some great saves. As the first half went on the Woodside players legs started to slow down however and without any subs it became a lot harder for Woodside to get back quickly.

After a half time break and a good dose of oranges, Woodside’s energy was renewed but Stirling managed to get through and score a couple of quick goals. But as the second half neared its end, Woodside had some shots on goal but to everyone's dismay they managed to go just wide - our first goal is coming though! Woodside did themselves proud though as they didn’t stop working and showed a lot of effort and will to score. It didn’t happen this week but it will soon. Each week Woodside Gold are getting more and more chances on goal and they keep on putting into practice what they have been working so hard on in trainings. 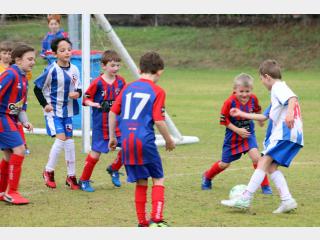 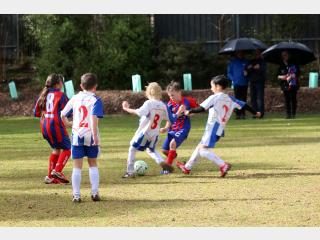 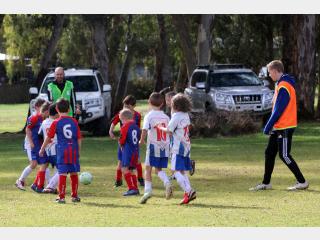 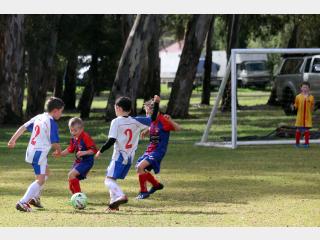 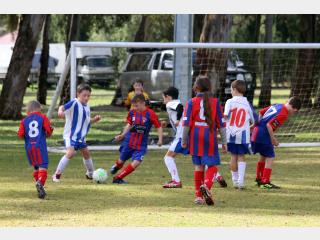 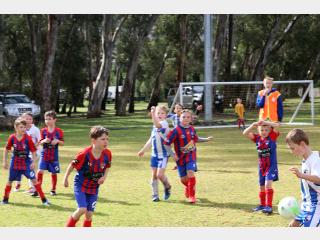