El Clasico. Der Klassiker. The Old Firm. The New Firm. Ajax vs Feyenoord. Inter against AC. The Tyne-Wear Derby. Yes, it was derby day at the Woodside Rec grounds this weekend as the Warriors U9 Blues took on the Warriors U9 Reds in their first meeting of the season (except for the training matches they play together every single Wednesday). This was a hotly anticipated reckoning between the two rivals, played out in front of a fiercely partisan crowd on this early winter Saturday. Or something like that.

As with every good derby, play started at a hundred miles an hour and it was end-to-end football for the first ten minutes or so before the dust settled (or it would have, but there has actually been some rain this week so the dust was purely figurative). The Blues nearly had the ball in the net first, but then the Reds tested at the other end sending the ball whistling past the post and forcing the Blues’ keeper into a couple of neat saves. The first half continued much like this, both teams creating chances without ever breaking through. From the blues perspective, there was some great passing on display in the middle of the field between Leo Tucker, Sam Balacco and Theo Nicholson. This week’s Captain Calum Magee relished his role marking the Reds’ strikers and generally frustrating the Reds every time they broke through.

The Reds have been in form for much of the season and they eventually wore down a tiring Blue team, finding the net a couple of times midway through the second half. The Blues’ defence are beginning to grasp the importance of ensuring opposition strikers don’t find space in dangerous positions, as skilful players will capitalise on the opportunity, much like how Memphis Depay drifted free of the Scotland defence to rescue the Netherlands from defeat midweek … Anyway back to the game in hand, and despite a couple of setbacks the Blues rallied and created some good scoring chances, in particular a long, looping 15-yard shot from Lucas March that seriously tested the Reds’ keeper late in the game.

All in all, this was a very enjoyable ‘Round of Respect’ game, with both teams lining up for the elbow bump before and after the game and playing with respect for each other, the ref and the beautiful game.

Huge thanks to Andrew for refereeing this week, and a big shout out to Sally for managing the team and getting everyone where they need to be, every week. 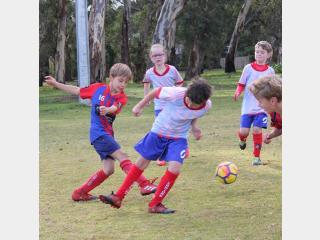 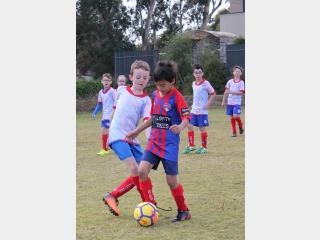 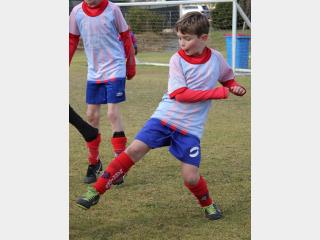 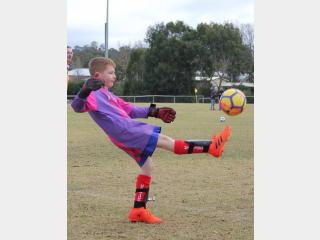 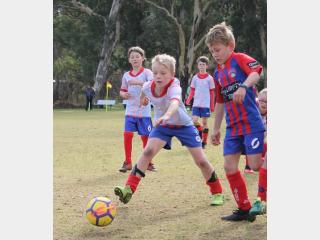 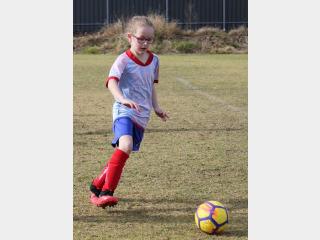