Under 9 Teams Woodside Warriors Soccer Club (WWSC) Red played against Strathalbyn Red on Saturday 3rd July. Both teams met on the home grounds of the Woodside Warriors, with particularly cold and wintry conditions. The rain held off, though the clouds looked threatening at different times. The WWSC Reds were not perturbed by the possible rain peril and held up a strong position of both offence and defence throughout the game. We had successful offence team work from team members, Bastian French, Elliot Stuart, Quinn Klein, Josiah Ambrose and Justin Smith at different times. Following suit with a first-time crack of triumph to Samuel Clifford and sensational goals from Quinn Klein, Bastian French, Justin Smith and Elliot Stewart. On-going team defence efforts supporting the goalies who were ready to stop any ball that came their way by Joshua Clifford (1st half of game) and Logan Bridge (2nd half of game). Many flourishing and animating labours, not to mention developing team passing and encouraging words were shared between the team members. Our Under 9s were thrilled with the outcome of their team achievement. 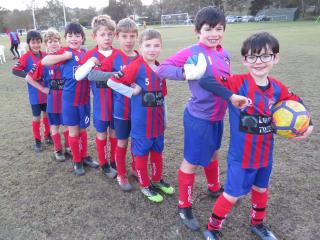 WWSC U9 RED TEAM - SHOWING A FRIENDLY WELCOMING TO THE OTHER TEAM AT THE START OF THE GAME
Photographer: CARLOS CLIFFORD 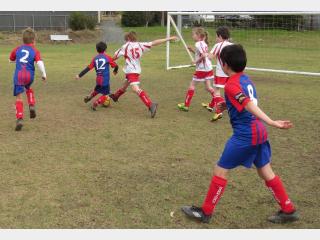 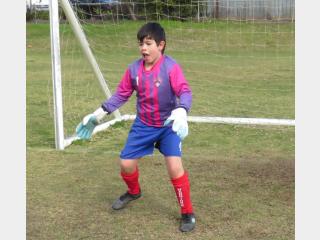 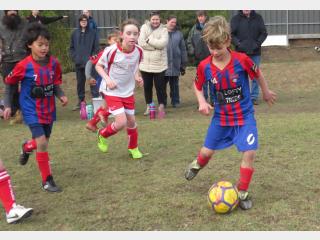 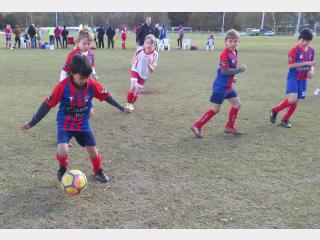 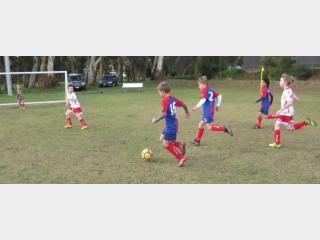