The Women’s Euro 2022 started this week and at the time of writing it has been a goalfest with 15 goals in four games, and Norway, Germany and Spain all setting out their tournament credentials by scoring four apiece. Even with Ballon D’Or winner Alexia Putellas out of the tournament due to injury, and goal-machine Sam Kerr ineligible due to Australia’s tectonic drift not taking it anywhere close to the Alps in the last 180 million years, the tournament still promises to be a cracker. Little wonder then that Woodside U10 Blue and Torrens Valley U10s would take inspiration from the Euros and put on their own goal spectacular at the Woodside rec grounds this weekend.

Last time around Woodside dominated straight from the kick-off but Torrens Valley have obviously developed quite a bit in the two months since our first meeting and proved to be much stiffer competition this time around. The first ten minutes of the game were goalless with both teams creating some openings but not finding any joy in front of goal. As has often been the story of his season, at this stage Leo Tucker took the game by the scruff of the neck and only 11 minutes later had rounded out a fantastic hat trick. Torrens Valley showed that they were not going to be a pushover and found a couple of first half goals to stay in the game, exploiting Woodside’s vulnerability to teams quick on the break. Woodside could easily have gone into half time with a very narrow margin indeed but for Captain Jock Mills asserting himself on the Rams forwards in the closing minutes of the first half, snuffing out several attacks in quick succession.

The second half should have seen Woodside close the game down and ride out a comfortable lead, and indeed this was how it looked to be going when the ever-dangerous Noah Paech found the net 3 minutes after the restart to put the Blues five goals to the good. However, the Warriors had a bit of a nap for a five-minute period in the second half that saw Torrens Valley score four goals and bring themselves within a single goal of an unlikely draw. Fortunately, Tommy Garden found himself clear on the 40-minute mark and showed his best bit of individual skill this season by beating a couple of defenders and scoring a solo effort. Tyler Berwick, returning to the squad after injury, had threatened several times during the game and was finally rewarded by scoring a sweetly struck long range shot that capped-off the match for the Warriors.

So, there it ended, with the highest scoring game of the Blues’ season so far. The Euros might have managed fifteen goals in 360 minutes of football but these two teams showed that they can match that in only fifty minutes. Although they came out on top there were a few lessons for Woodside in this game – not least that any team will punish them if the level of effort drops off at any point, and also that playing a high defensive line means that they need the fitness and pace to kill-off a swift counter-attack.

We bade farewell to Arthur Lean last week, who is proving his dedication to football by moving to the home of Pele, Ronaldo, Roberto Carlos and Neymar. All the best Arthur and thank you for being part of our team. Enjoy having next week off Blues fans, and we will see you back on the 20th for training and on the 23rd for our match against Mt Barker Utd Red at The Summit. 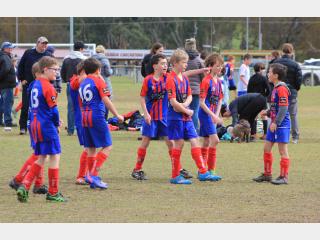 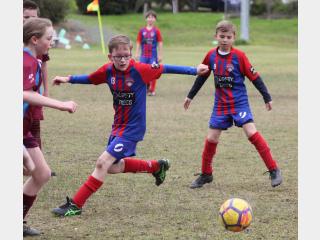 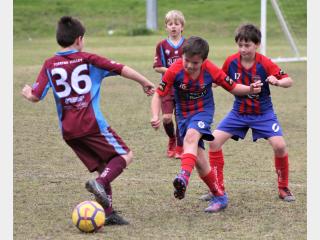 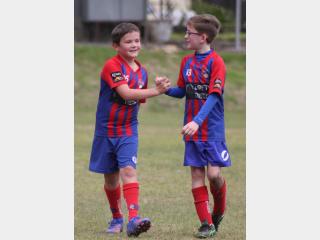 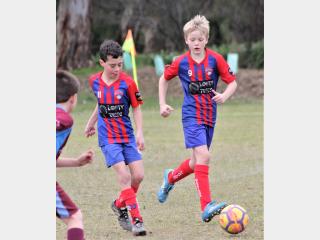