Woodside took on an undermanned Strathalbyn team this week and after offering to help out with running the line, we were all surprised to have appointed an extra official.

Following our usual roster for keeping duties, last week's top goal scorer for the team took up the gloves for the first half. This offered opportunities for the Woodside's forwards but Strathalbyn were determined to make Woodside earn every pass towards our opponent's goal. Like in 2021, Woodside were slow to start and tried to get their first goal by playing through a compacted midfield. When Woodside started to find feet, crisp passing opportunities started to occur but the Strath defenders and keeper kept a determined Woodside out. Then half way through the first half, Woodside found an opportunity and slid the first goal home with a well finished goal by its striker. The rest of the half was again a struggle but despite having no reserves to call upon, Strath defended well and as the half time whistle sounded there was only a goal in it. Woodside 1 Strathalbyn 0.

Both teams made some changes including keepers, but the first five minutes continued to see Woodside and Strath defend well. Finally Woodside broke through and scored its second goal with a well placed shot. Woodside were now creating opportunities but the Strath keeper was keeping his team in the game. Intensity was also occurring in the midfield as each player fought to give their team an advantage on moving forward. When a burst of sped had the Woodside right midfielder sprint past Strath’s left back, he fired the ball across the goal where it was met by Woodside’s striker who slotted it home. It was a great example of team work and positioning. Woodside continued to create opportunities with the striker scoring his second and third from throw-in’s that cleared the defensive players and left him one on one with the keeper where he kept his head and slotted them home. With 5 minutes left the striker slotted his fourth home. Strath continued to battle to the end but today Woodside were too strong. With a full team this could have been a different result for Strath so we look forward to the contest next time. Final score Woodside 6 Strathalbyn 0. 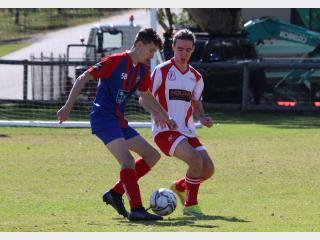 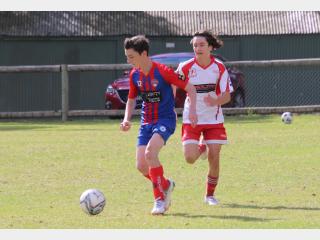 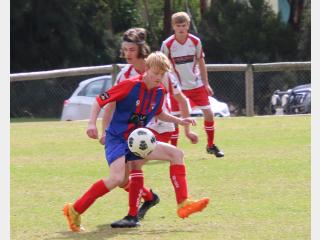 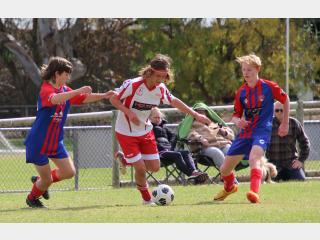 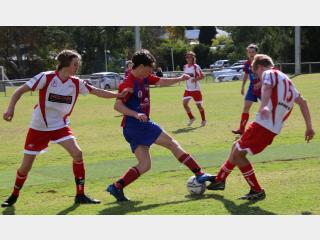 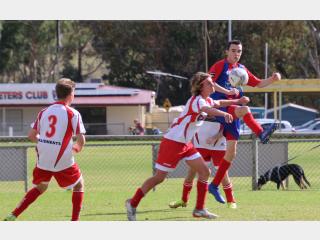