After a week off for the international break, it was all back on for the Warriors U10 Blue team this Saturday at the Summit Recreation Park in Mt Barker. Our players reported back from their respective national squads ready to resume club duties. And what an international break it was! With the Socceroos managing to qualify for the World Cup in November through the penalty shoot-out antics of ‘the grey wiggle’, interest in football has peaked again in Australia and so we had a capacity crowd at the Summit, many of whom were no-doubt expecting to see some goal line dancing during attacking set-pieces.

The match kicked-off on a bright and clear winter morning and Woodside were the quicker team to settle, creating the better chances at the opening of the game. Tommy Garden nearly put the Blues ahead at 3 minutes, with a left-footed shot across the face of the goal that beat the keeper only to bounce back into play off the far post. The Blues created a few more chances, with Elliot Stewart finding good attacking positions and was unlucky when his best chance of the half went wide of the goal. It was Barker who broke the deadlock about 20 minutes in but fortunately Woodside pegged them back three minutes later to go into half time level, a scoreline that was more or less a fair reflection of the game up to that point.

There is the old cliché that football is a game of two halves, but this time around it was the second half that was a game of two halves. In the first ten minutes Woodside struggled to find their feet in defence and didn’t clear their lines, as a result gifting Barker the ball and conceding three soft goals to seemingly put the game beyond Woodside’s reach. However, a tactical switch with about ten minutes left brought Noah Paech into midfield and his industrious presence and relentless chasing of the ball lifted the energy levels of the team. Woodside pulled one back when Forward Theo Nicholson played a defence-splitting through pass that Logan Bridge latched onto, dribbled forward and hit a blazing shot that the keeper was unable to hold and spilled over the line. After this it was almost all Woodside, and within minutes the irrepressible Leo Tucker whipped in a curling, dipping shot that beat the keeper and brought Woodside back to within a goal of Barker. The Blues continued to pile on a huge amount of pressure and a series of corners that pinned Barker back into their own box looked certain to yield a much-deserved equaliser, but the final whistle arrived before the Blues could find it.

The final score flattered Barker, who only really outplayed the Blues for a short period early in the second half, but it was a lesson for Woodside about keeping their heads up and so the Blues coach went the full Ted Lasso at the post-match team talk, emphasizing how important it is to BELIEVE! And there is no game where belief is more important than a derby, which is exactly what we have next week when the second instalment of Woodside Red versus Woodside Blue comes around. Unfortunately Woodside will be without box-to-box midfielder Tyler Berwick for a few weeks as the day before the match he picked up an injury in one of those unstoppable force versus immovable object experiments that kids of his age like to try. We’ll miss his presence on the pitch for the next few weeks and hope to have him back to peak fitness soon. 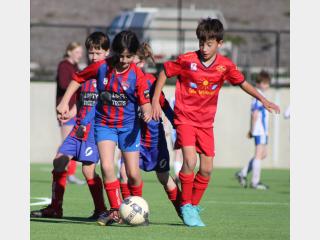 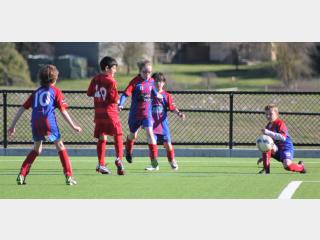 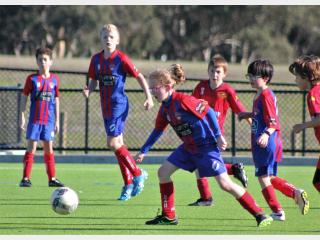 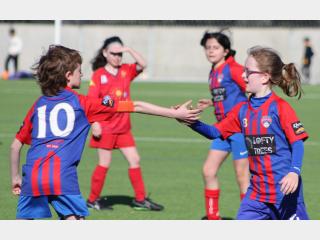 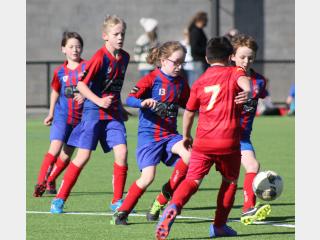 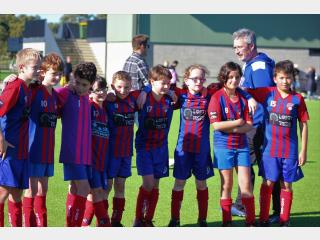