The Hahndorf under 17 mixed team hosted Stirling united at home for a 10am kick off. Hahndorf thrilled and eager to begin playing hoping for a positive outcome on the brand-new score board recently added to the Hahndorf recreation ground. The whistle blows for both Hahndorf and Stirling united to begin, Hahndorf first content about going up hill first half. Both teams fighting hard sending balls to either attacking ends, Xavier Kell and Dan McArthur keeping tight controlled play in the middle sending through balls for Kyle Fenlon, but Stirling defenders kept a very tight defences un-allowing shots to be made. Stirling United’s forwards pressed hard sending many long balls, but Hahndorf’s defence kept a very close defensive line allowing either Tyler Weyland or Josh Rayner to control the ball and send it up the field. David Neilsen right back also sending many balls along the right side up to Charlotte Hodgson. Stirling came in with many high shots, but Edward Hardingham used his height as an advantage in goals for the first half and was able to keep the ball out of the net. Continuous attacks from Jye Martin pressured the Stirling defence before Kane Gibbs sending a long ball to Kyle Fenlon securing a goal in the back of the net. Half time was called, and it was evident to Hahndorf that we need to fight even harder if we want to secure a good outcome.

As second half began Hahndorf had their heads high keeping it strong in the mid field Kane Gibbs receiving a high ball in attack was able to control the ball and sent it flying to the left of the keeper, into the netting within only seconds of the second half.  Stirling trying to come back sending many long balls to our defence which Neilson was able to clear the ball from the defence to Hodgson receiving a ball along the line passing it through to Kell who was able to strike a flawless pass to Fenlon who was able to finish the play in the back of the net. With only 3 minutes into the second half Hahndorf ecstatic about the 3-0 lead but not long after a free was granted to Hahndorf which Weyland took sailing the ball over Stirling’s defence for Fenlon to finish making it a 4-0 lead. Stirling didn’t drop momentum and continued to press new goal keep Tom Boekel. All Hahndorf players dropping back and supporting the defence clear the ball to increase the lead, but Stirling continued to keep it tight play in the mid. Toby Boekel receiving many balls up front along the left line pressuring Stirling’s defence. Play through the midfield created chances for Stirling which were quickly shut down by young Tom. The final whistle blew and both teams shook hands walking away with a win to Hahndorf. 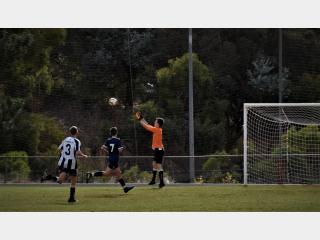 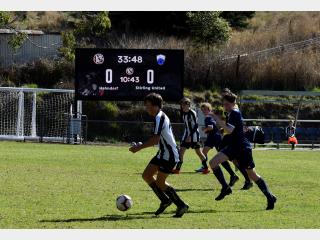 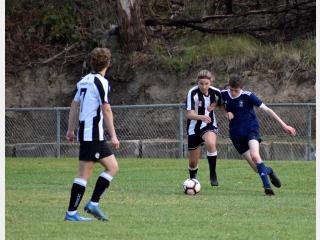 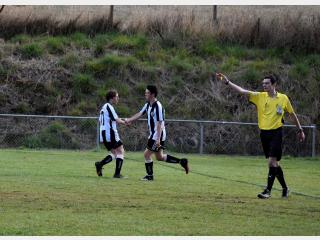 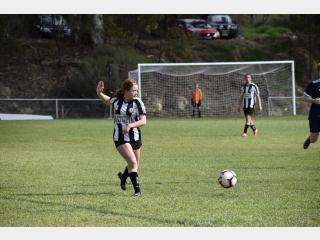 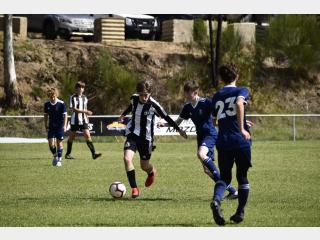