The final game of any season can be a little emotional, depending on your love for the game of course. The off-season can be particularly long sometimes, even more so if you’ve got a player stuck at home wondering what to do with themselves. Coaches often feel the stretch ahead whilst team managers revel in the break.

For some junior coaches, U17 and U17G in particular, they’re at the end of their journey with some having coached for the last decade. Woodside Coach BRUCE TONKIN began his journey in 2011 with his son involved in the D-Squad at Nairne Knights. Murray Bridge United Coach Fintan Heaney might not be as long in the coaching game, but he’d been involved at Murray Bridge and put his hand up for the job, despite not having any children in the game. On top of this Heaney put his hand up to coach the AHJFA U16 Rep team for the 2021 season. That is proper dedication. And rare to find.

It was very unfortunate that the final game of the year, at least for Murray Bridge, saw them drawn against ladder-leaders Woodside. The Warriors have had an incredibly strong year. A recent string of near losses should give Murray Bridge some amount of hope, but it’s a remote chance at best, despite the respect that Woodside has for Murray Bridge.

The game kicked off at 9am on the main pitch at Woodside Recreation Ground. Yet again the two teams were given the luxury of a couple of assistant referees, something of a relief for the usual runners for both teams.

From kick-off the play was balanced. If anything it swung in Murray Bridge’s favour. Murray Bridge were down one key attacker, Eddie Mato, who happens to be their highest goal scorer for his team. Unfortunately he made himself unavailable for their final game. Whilst Mato was obviously missing, he didn’t seem missed, evident in the wholesome spirit that United displayed.

By half time Woodside, via LACHLAN MOWBRAY, had scored twice, a minute apart. Mowbray is exciting to watch, but well aware that he’s just putting the explanation mark on quality play by everyone behind him.

Despite the 2-0 lead by the home team, Murray Bridge entered the second half keen to at least get one past Warriors keeper Samuel Herman. Getting the ball past Woodside’s attackers is the easiest part of that process. It then gets exponentially difficult as they head towards the opponents goal.

Getting it past their midfielders isn’t impossible, but definitely tricky. Then, by the time they get to Woodside’s back line, they’ve a mammoth task to complete the process. Breaking the line of CASEY GODFREY, IZEYAH RAYMOND, ASHER HAMMAT and JOSH VASSOS is nearly impossible. Even good teams find it difficult and therein lies one of the reasons why Woodside will finish top.

The remainder of the match was made up by Woodside completing an internal challenge to get everyone on the score board. Both HAYDEN DAVIS and JOSH VASSOS were given their chances, one attempt particularly comical. On the 65th minute, and after 12 seasons of games, Vassos finally managed to score his first goal. One stat you won’t see is the amount of goals he has prevented. This little blemish, albeit a positive one, won’t see him be moved into the forward lines any time soon. Then, on the 70th minute, Mowbray had the goal in front of him, instead elected to cross to Davis who ably finished off the play and scored his first goal for the season.

By the end of the game the score was 6-0 in Woodside’s favour.

“It’s been our year,” said Coach BRUCE TONKIN. “Whilst it might be a little sour for Murray Bridge on their final game, it’s very much worth noting that 10 of our players are 17 years old and don’t qualify for juniors next season, whilst 10 players of Murray Bridge’s team do. They’ll be one to watch next season, and we wish them all the very best. Good luck to Heaney, where ever he ends up.”

Credit to TOBY VINCENT for being best and fairest, with recognition to JOSH VASSOS and HAYDEN DAVIS for their efforts.

This game was Coach Fintan Heaney’s last job for Murray Bridge United. A guard of honour was the least the two teams could do. A parting gift from one coach to another will no doubt be refreshing for him at some point.

Murray Bridge have now completed all 18 rounds this season, whilst Woodside have one more Friday night game at Summit Sports & Recreation Park, Mount Barker, up against Strathalbyn. 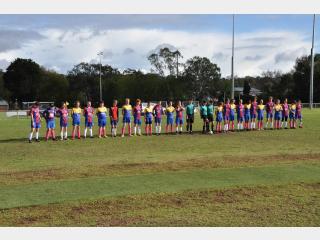 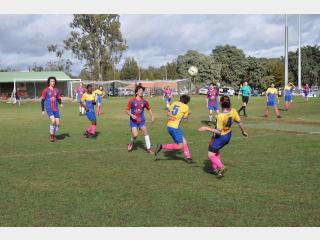 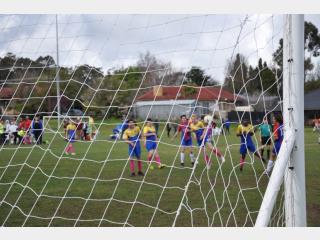 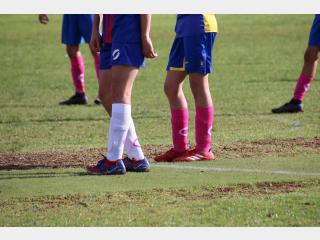 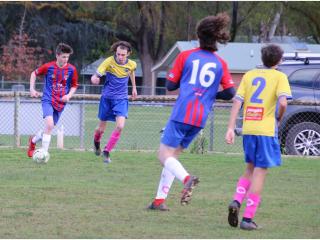 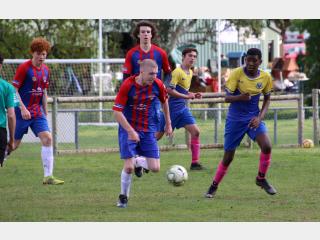