A perfect warm and sunny autumn afternoon saw Stirling Districts take on Mount Barker at Woodside. Due to Mount Barker being a few players down, it was agreed that a 10 aside game would take place.

Aubrey Adams scored Stirling’s first goal at the 9 minute mark. Mount Barker fired up and applied pressure on goal with keeper Emma Dalton unrattled. Close to the halfway mark, Zoe York was subbed on and showed a typical cool head and control of the midfield working well with a strong and speedy Zora Huang. Ruby Tully’s strong kicks were again evident in defence, working well with newcomers Amber Abrahams and Mollie Green. Evie Reid is becoming quite a strong player in defence too. Satisfying responses to coaching activities were displayed with some beautiful passing, exemplified by Nora Bijlsma passing to Zoe York and then onto Evie-Mae Kaines. Keeper Emma Dalton kept a strong focus as Mount Barker applied more pressure but ultimately missed the post to Stirling’s favour. A nail-biting moment almost saw Stirling’s keeper out as she moved confidently around the box before Zora Haung took control of the ball, moved the length of the pitch and scored a goal. Zora Huang scored another goal shortly before the halftime whistle.

Flossie Baker moved to keeper for the second half and made several impressive saves, the first 6 minutes in. Auriana Healy’s hard work all game paid off with a goal halfway through the second half. En Ueda took and scored on a penalty shot in the last 6 minutes of the game, a rather serendipitous outcome following last week’s game. Ruby Tully went on to score a goal in the last 3 minutes of the game. This was backed up by Evie-Mae Kaines scoring a goal off a well timed pass from Zora Huang to end the match. 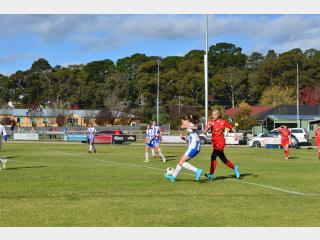 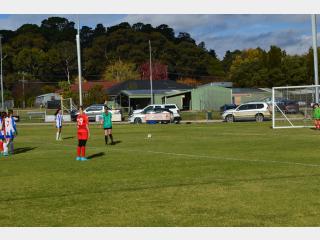 En Ueda getting ready to line up a penalty shot on goal
Photographer: Haoran Huang 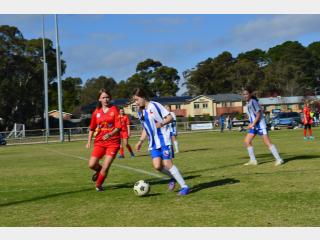 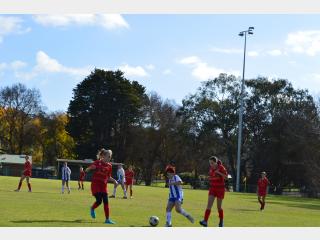 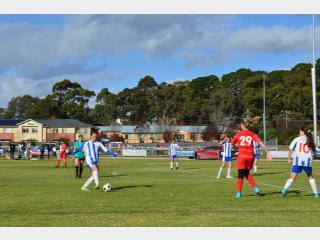