After a weekend of no football at the Woodside Rec grounds and no games on the 27th of August due to the SAJSA championships, there was a high level of anticipation coming into this past weekend’s match, lest our blue team find themselves going three weeks in a row without football. Three weeks without football, of course, is the very definition of forever when you are ten. So, after a few days of watching the rain, inspecting the pitch and checking in with the Torrens Valley volunteers, the message on Friday that they “reckoned the pitch had a few soft spots but was not too bad” was very welcome to everyone. Or, at least, welcome to everyone who values getting to Birdwood for a cold and wet 8.30am start above staying in bed with a hot cup of tea on a winter Saturday.

The Rams found themselves a bit short on numbers for this game and Woodside had travelled with a squad of ten, including loanees Hunter Jarman and Logan Bridge. Hunter and Noah Peach were first off the mark when the call went out for volunteers to join the Rams for the first half, and so we kicked off with an even 8-a-side. The first ten minutes yielded some chances at both ends but it was the Rams who broke the deadlock at ten minutes with a long shot that cut through the defence. They doubled their lead two minutes later and looked pretty good for a competitive match. Woodside rallied and cut the deficit in half on fifteen minutes, converting a dangerous corner, and this proved to be the last time the ball saw the back of the net in the first half.

Charlie Hartas had put in his best shift of the season in midfield during the opening 25 minutes, so it was with some trepidation that we watched him pull on the claret and blue along with Tyler Berwick to turn out for the Rams in the second half. Fortunately, Charlotte Cosgriff rose to the task and her midfield positioning and passing were the finest they had been all year. It was Logan Bridge, putting in a real box to box performance, who added to his first half goal and brought the Blues back level, and from that point Woodside were constantly knocking on the door. Noah Peach, no doubt keen to make up for the fact that he gave 110% for the Rams in the first half, looked like he had broken through but his zinger of a shot went just over the bar, and Torrens Valley, aided by some solid goalkeeping and a great defensive performance by Tyler Berwick, saw the game out for a draw.

And that was it – the last time we will see Torrens Valley this season. The Warriors have three rounds left to play and then it’ll be over for another year and one day, far into the future, we will all look back wistfully on the Saturdays when we left home in the grey half-light of the morning to get our kids to a soggy pitch so they could run after a ball for the best part of an hour. Gather ye rosebuds, folks. 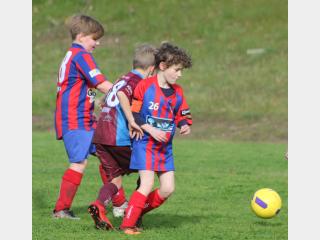 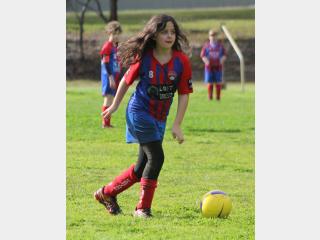 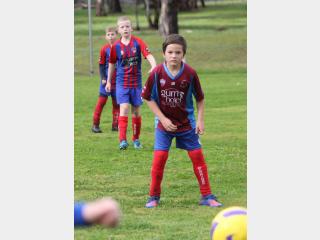 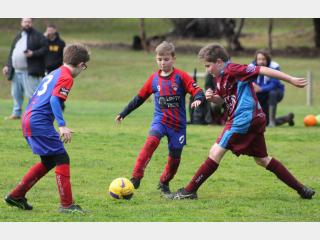 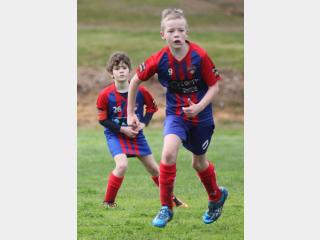 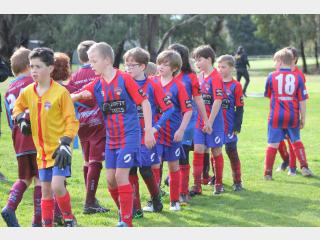