With the Manchester Derby being such a one-sided affair this year, Wednesday and United separated by a division, Newcastle and Sunderland separated by two divisions, and the dark blue side of Dundee relegated this week so putting an end to the UK’s closest derby for at least a season, one has to wonder where your average football fan can find their regular serving of grudges, tribalism and general antipathy these days. Well, one answer to that question must surely be the Woodside Rec grounds. With two U10 teams and a whopping four U8 teams, there are now more derbies at Woodside than anywhere else in Australia*. And this week, it was the hotly anticipated first meeting of Woodside U10 Red and Woodside U10 Blue.

As with most derbies, the game set off at a furious pace. In particular, Woodside Blue Captain Leo Tucker seemed to be everywhere at once and the energy he brought to the game paid off as he broke through the Reds’ defence seemingly by sheer force of willpower to find the net within the first few minutes. This, his first ever goal for the Warriors, set off some big celebrations amongst a large family contingent making up the Blues fans. The game then settled into an entertaining and even contest., with both teams creating chances and the Red team managing to restore parity as half time approached. Forward Charlotte Cosgriff nearly swung the match back in the Blues’ favour with a lovely run down the left wing, with her finish just a little wide of the mark, and the teams went into half time all square.

The second half was more of the same: some very entertaining end to-end football before the Red team broke the deadlock and swung the game to their advantage. To Woodside Blue’s credit they continued to fight with Forward Theo Nicholson working hard down the right flank and finding some good space and chances. In the end it was Tyler Berwick, working hard in the box-to-box midfielder role, who brought the game back level in the dying minutes with a powerful shot into the roof of the net that opened his account for the Warriors and brought the smiles back to his teammates’ faces. At this point the Blues’ coach decided to “park the bus”, making sure the team didn’t concede in those critical moments of vulnerability just after scoring. The Blues followed the instruction well, defending resolutely and second half goalkeeper Jock Mills pulled off a real stunner of a save to keep his team in the game, with both teams remaining level as the final whistle sounded.

There was a lot to be positive about in this match – good positioning, excellent passing movement and plenty of chances created, giving encouragement for the stern test our U10 Blues will no doubt face at home to Stirling Districts next week. The first derby of the season is over, but fear not fans of what is fast becoming one of the hottest rivalries in football: there are only five teams in our division so our sides will meet on average every fourth game this season. It will seem like Roy Wood has finally had his wish granted and it is Christmas every day.

*This is patently untrue. As a wise man once said: “88.2% of statistics are made up on the spot.” 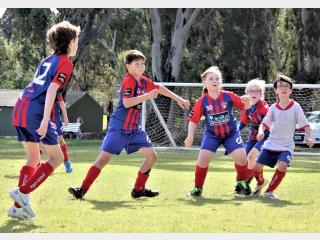 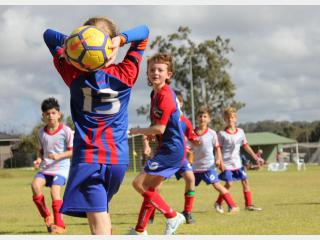 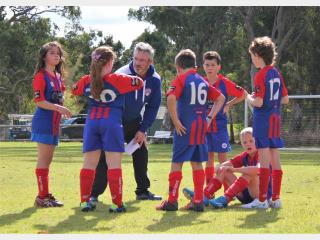 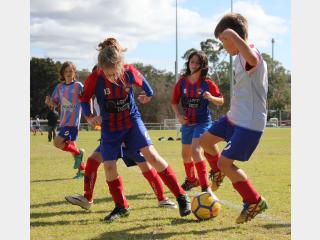