Woodside Red U17 vs Stirling Districts

Brisk and blustery conditions met the U17s for the first match of their 2022 campaign. While the weather was cold the football action on the pitch was anything but. The game started with some arong attacks by Woodside, probing Stirling’s defence with a few shots on goal having the Stirling keeper busy.

For the majority of the first half, the play moved up and down the pitch fairly evenly with strong defence from Woodside repelling multiple shots on goal. As hard as they fought, we went in to the second half trailing 0-2.

The second half opened with a flurry of shots on goal by Woodside culminating in a penalty being awarded and converted to put Woodside on the board. While the play was strong from both sides for the rest of the match, in the end a lack of substitutes meant tired against fresh legs and ultimately Stirling pushed the margin out to victory at 7-1. While the scoreline was not what we wanted, the team can be proud of a strong effort. 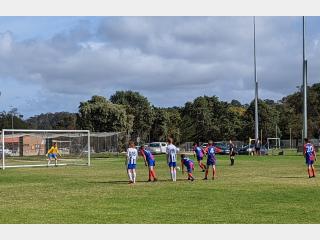 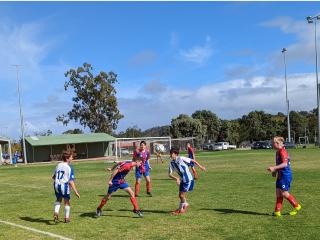